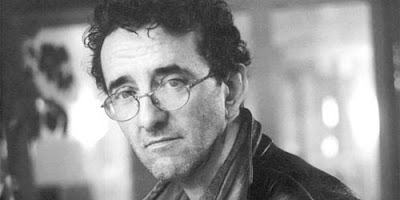 When an author’s writing is introduced to a new language it sometimes happens that his body of work, which likely emerged gradually in the countries that share his mother tongue, comes over those for whom this work is newly translated like an avalanche. It can be exciting. I remember when, within a very compact space of time, everything by Paul Auster was appearing in Spanish translation in Mexico. Suddenly everyone I knew in Mexico was reading Auster’s work enthusiastically, surveying the whole oeuvre at once, gobbling it up and talking about it. Something similar is happening now with the work of Roberto Bolaño. Following the hugely successful debut of his novel The Savage Detectives in English translation last year, it seems now like everybody’s reading Bolaño. In the literary cliques of Anglophone North America, the guy’s a sudden star, with a significant body of work to back it up. Difference between he and Auster, is, sadly, that Bolaño’s not around to enjoy it.


Born in 1953 in Santiago, Chile, Bolaño lived a largely vagabond existence, residing at different times in Mexico, France and Spain, which might go some distance to explaining his late start in getting published. Yet while his published work only started to build up in the 1990s, it quickly drew attention for its striking, wicked wit, perverse invention and thematic daring. “When I read Bolaño,” wrote Nicole Krauss in a not uncommon appraisal, “I think: Everything is possible again.” He died in 2003 at the age of 50. The Savage Detectives is now in paper and Bolaño’s last major work to be translated into English, his posthumous epic 2666, is set to appear this fall. Yet a less-heralded—and comparatively slim, and thus less daunting—volume has just recently found its way to bookstores and is not only very much worth checking out but arguably makes for an intriguing starting point for the uninitiated.


Nazi Literature in the Americas (New Directions, $26.50) is a biographical dictionary of 20th century New World fascists, varied personae of varied background and literary, social or political ambition who each is some way locate their inspiration in the heinous doomed pursuits of, among others, Hitler. These figures are fictional, entirely plausible, oddly pathetic and uniformly fascinating to track through the brief sketches Bolaño provides. The peculiar structure of the book draws upon similarly structured works by Borges or Stanislaw Lem, but pushes formal play and mythical reverie into an altogether more deeply sinister abyss.

In Nazi Literature in the Americas we meet, among many others, Luz Mendiluce Thompson, daughter to the renown Argentinean poetess, a socialite and publisher, who spent her insane, promiscuous and frustrated years treasuring a photo of herself as a baby being held by Hitler. We meet Ignacio Zubieta, polo player, great dancer and bibliophile, who might have been a beloved popular figure had he not left Colombia to fight for both Franco and the Nazis. We meet Jim O’Bannon, American football player and poet, “equally susceptible to the allure of force and a yearning for delicate perishable things,” who loved the Beats, but wound up beating up Allen Ginsberg when he belatedly sniffed out the legendary author’s homosexuality.

In every case, the point to these tales is less about sympathizing with these individuals than it is about recognizing how easily evil can slip into an individual’s unruly path through life, a theme that lines the work of Jerzy Kosinski, among others. Most interestingly, Bolaño himself, far from assuming a detached role, appears in the final, Graham Greenesque entry, in which he encounters a figure with whom he shares much in common while becoming instrumental in his execution. 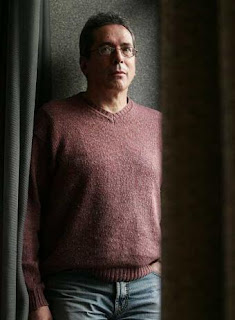 My still-fresh interest in Bolaño’s writing recently led me to César Aira, a perhaps even more peculiar Argentinean novelist whose work Bolaño had praised and written prefaces for. Aira is wildly prolific, in part because his books are so very short, but only a few of them have appeared in English. The one I’ve thus far been able to sample is How I Became a Nun (New Directions, $17.50), which takes the form of a memoir focused on Aira’s seventh year of life, the period that led to “the invention of my memory.” Aira tells of moving to the city and being taken out by his father to try ice cream for the first time, an episode that ends in hysterical, hilarious tragedy when it turns out that the ice cream is lace with cyanide and the confusion builds to the point where Aira’s enraged and embarrassed father beats the ice cream vendor to death.

Religious rhetoric abounds, yet, puzzlingly, the promise of the title never comes to fruition. Fantasies, out of body experiences, dwarves and radio programmes featuring a child Jesus leading a variation on Our Gang come to vibrant life in these pages, one episode leading to the next in a way that’s at once organic, silly, insightful and feeling very much like the writer is making it up as he goes. A troubled, unusually introspective identity is taking shape, the narrative complicated above all by the unremarked-upon contention that the author is actually a girl, though everyone else refers to Aira as a boy. How I Became a Nun plays jazz with memory and perpetual storytelling, that important branch of magic realism. It’s thrilling, if perhaps so willing to slide off every conceivable template as to feel terribly slight. I for one found it absorbing from start to finish, and even if it hardly carried the weight of the work I’ve read thus far from Bolaño, I would have to agree with Bolaño’s statement that “One you’ve started reading Aira, you don’t want to stop.”