The Future is Unwritten: Julien Temple journeys through the past, takes a long look at Joe Strummer, asks around, fucking rocks out 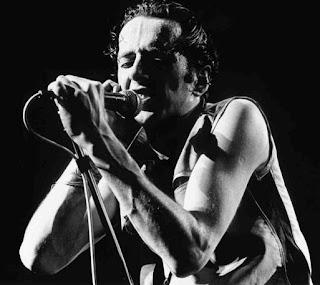 If we’re to take a hard line about it, if we want to get purist and all, the very notion of a punk rock icon should rightfully be a sort of aberration, a betrayal of punk rock sensibility. Punk rock thrives on something like anonymity, on its participants’ willingness to submit their identities to an attitude that makes articulation or nuance highly precarious. Punk rock iconography allows for symbols, certainly –a crudely drawn “A” for Anarchy, a provocative, gravity defying haircut, hell, maybe a middle finger– but as soon as you turn an individual into an icon things get complicated.

Those seeking evidence of this conundrum need look no farther than Joe Strummer, the late, great frontman of The Clash and subject of Julian Temple’s Joe Strummer: The Future is Unwritten. Long after the first fires of punk burned out, after corporate co-opting and the transformation of punk rock into a marketing-friendly commodity, Strummer remained. Now that he’s gone, following a heart attack at the appallingly young age of 50, dissection of Strummer’s life renders him far more human than even a crappy mid-career album. A quick survey of his biography reveals a young man who baldly emulated Woody Guthrie, who later developed this deep affection for campfires and their tribal vibe. In short, this king of punk was a goddamned hippy.

Of course, any veteran fan of Strummer’s already knows most of this stuff and likely came to terms with it long ago. Though it’s highlighted by some brilliant, invaluable archival footage –Temple met and shot The Clash at the beginning of their career– what distinguishes Temple’s film isn’t so much the biographical facts it digs up as the impressive parade of friends, cohorts, admirers and commentators he’s assembled to pay tribute to Strummer. The end result inevitably transcends the philosophical dictates of punk to show us how Strummer’s influence is pan-genre, pan-cultural, pan-ideological.

Strummer was both a seductive, shrewd and ruthless businessman and a genuine musical stylist who, prompted to change his style after witnessing the birth of the Sex Pistols, nurtured his public persona. He was an artist of deep political convictions that at times sat uneasily with his art and the industry it became increasingly shaped by. He was a wandering spirit, a dreamer, a drinker, a druggie, and a dad. He helmed some of the best rock records ever made, yet was also capable of mediocrity and seemed excessively impressionable to passing fads. He was a pretty kick-ass DJ, and his radio show narrates the film. He was, finally, an irresistible presence, and what Temple gradually conveys is that most people, whether they knew him or just his music, couldn’t help but love the guy. You’ll likely walk away from the film loving him, too.

Temple’s long, prolific career as director encompasses countless music videos as well as films as diverse as The Filth and the Fury and Earth Girls Are Easy. Imminently adaptable, Temple has used his friendships and diplomatic skills to wrangle up a star-studded guest list to sit around the fire and talk Strummer. You get the impression that some of the bigger names only made the final cut to satisfy financiers. Comments from the likes of Martin Scorsese, Jim Jarmusch –an über-fan, who directed Strummer in Mystery Train– Steve Buscemi, and the ubiquitous Bono (yes, Bono) all provide insightful, passionate testaments to the contradictions and the particular genius of Strummer. Others, well, don’t fare as well. Johnny Depp: terrific actor. Musical commentator? Not so much.

Anyway, I can quibble, but overall The Future is Unwritten proves itself indispensable to any viewers with even a passing interest in popular music from the last 40 years or so. It’s not especially innovative in its style, but it is smart, mostly unsentimental, at times satisfyingly visceral, and utterly attuned to both the thrill and the provocation inherent in the music. There’s a terrific Silver Jews song that features the lyric, “Punk rock died when the first kid said/”Punk’s Not Dead…” Reflection such as that found in The Future is Unwritten assures us that yes, punk, the real thing, is indeed dead. But the spirit that animated punk is very much alive, and it charged at least one life with the strength to go on one hell of a musical adventure.