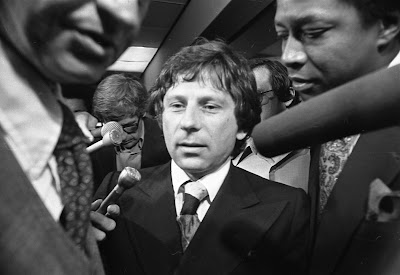 It is a subject that’s no doubt ruined a lot of dinner parties over the years, chained as it is to one of those bottom lines that inspire such knee-jerk responses as to block out rational discussion. The subject is Roman Polanski, to some a filmmaker with an outstanding legacy accompanied by a biography rife with dynamicism, romance and tragedy, to others a pedophile. Period. Well, for those disposed to pursuing the subject a little further, who might appreciate some detailed analysis cultivated away from the heat lamps of unshakable moral righteousness, you’d do well to consult Marina Zenovich’s Roman Polanski: Wanted and Desired, a smart, unfussy, engrossing documentary that examines the farcical trial which finally led to Polanski’s fleeing the US in 1978 before its conclusion.


For those just tuning in: in March of 1977, Polanski met with Samantha Geimer at Jack Nicholson’s house on Mulholland Drive. They were to take photos. Geimer was interested in a career as a model, perhaps an actress. Polanski had already helped the “arrival” of the teenage actress Nastassja Kinski, with whom he’d also had a notorious affair. The informal photo shoot, at which neither Nicholson nor anyone else was present, quickly turned into something far more tawdry, if not exactly shocking. Polanski gave drugs to Geimer and had sex with her. She was only 13-years-old. Polanski was subsequently arrested and changed with a litany of offences, including rape and sodomy, eventually pleading guilty only to having consensual sex with an under-aged person when evidence, ie: soiled panties, made it clear that a plea bargain would be highly advisable. But the case developed in such a way that closure was to prove far more complicated and elusive than either Polanski, Geimer or their respective attorneys had hoped for. Geimer, who has publicly forgiven Polanski and even advocated for his being given the Academy Award for The Pianist, has said that in the end she felt like both of them got stuck with life sentences, so relentless was the aftermath and media frenzy. 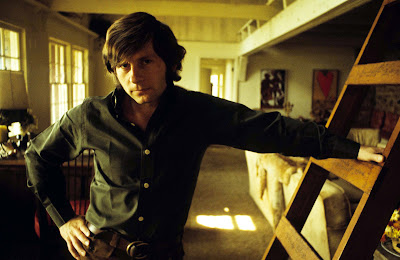 Zenovich’s agenda with Wanted and Desired necessarily divorces itself from sermonizing over Polanski’s unquestioned culpability as an instigator in an unlawful and immoral sexual act. The concern of the film rather is to shed light on the audacious miscarriage of justice to which Polanski and, in effect, Geimer were both subjected to at the hands of the presiding judge, Laurence Rittenband. Judge Rittenband was himself a known ladies’ man and, more to the point, a tireless seeker of media attention. Having died in 1994, he’s unable to defend himself here, and it’s a pity, because he is so thoroughly lambasted by everyone involved, not only those working for Polanski’s defense, but by Geimer and her own attorney, Roger Gunson, who was so outraged by the degree of indecision, manipulation and outright stage management imposed on the case by Rittenband that, in a memorable closing interview, he confesses that he actually sympathizes with Polanski’s choice to flee justice under the given circumstances. 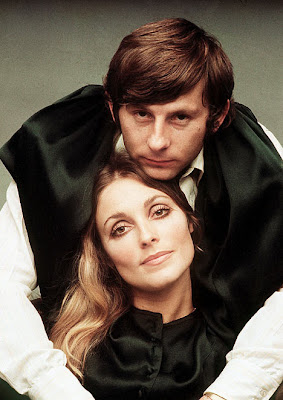 It’s at once a great story and precisely the sort that everyone only thinks they know. Zenovich works through the material methodically, utilizing fresh and mostly insightful testimony from a wide variety of subjects with diverse or opposing stakes in Polanski’s reputation—even Mia Farrow, who clearly has her own opinions about older men giving unwholesome attention to young girls. With an elegant interweaving of archival photographs and home movies, Zenovich manages to account for the almost unimaginable hardships of Polanski’s life—his survival of the Holocaust, the slaughter of his wife and unborn child and the horrific implications made by the press in its wake—without ever using these facts as an excuse for Polanski’s own aberrant behaviour. And of course the wealth of contextualizing fragments from Polanski’s own often very dark films—especially The Tenant, in which Polanski starred, and whose trailer promises that “no one can do it to you like Roman Polanski!”—is exploited to considerable effect by Zenovich and her editor P.G. Morgan, whose contribution to the film’s shape was great enough to merit his own writing credit.
“For as far back as I can remember, the line between fantasy and reality has been hopelessly blurred.” So goes the opening sentence of Polanski’s 1984 memoir, Roman. His life and its scandals, nearly as much as his body of work, which includes some of the most simultaneously seductive and grotesque American films ever made, embodies both our collective fantasy life and its shadow side as few others do. We may just understand both of these things a little better for peering into the nitty-gritty of how it all came to be.